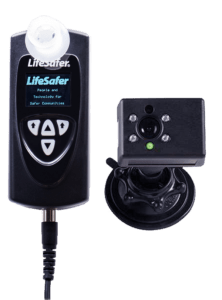 After a DUI, you may feel like you don’t have a lot of choices you can easily make. You have consequences from the court, and probably a few things from your DMV that you must do, or face a violation. In some states, you don’t have a choice about whether or not you must install an ignition interlock device. Others may say that the interlock is the only way you’ll ever drive again, legally, but they leave that choice up you.

An interlock is the best way for you to prove your dedication to sober driving, and depending on your state, you’ll find different versions that take away your choice to drink and drive.

Standard ignition interlock device.  This is the go-to for many states, as it tests your breath sample (or that of anyone driving your vehicle) upon startup and periodically as the car is driven around. Most states require the device to prevent a driver from operating the vehicle if it detects a blood alcohol concentration (BAC) of .02 – .025 percent or higher… which is roughly one standard drink for a 150 lb. person.

Interlock with camera. Virginia recently updated its statewide interlock requirement through VASAP to mandate that an offender can only use a camera-enabled ignition interlock device. The camera snaps a photo during each test (startup and rolling) to ensure that nobody is blowing into the device on behalf of the person driving.

Interlock with GPS. The most recent improvement to interlocks are those that are GPS-enabled. New York requires these, and they allow an offender’s location to be tracked, which is especially needed for those with restrictions on where they can and cannot drive.

Ignition interlock devices have come a long way in the past 10 years. Now that we are all an internet-fueled society, some of the same technology is being used to “superpower” the devices and give them even more ability to ensure our streets are safe from repeat drunk drivers.