How Did You Get a Felony Oklahoma DUI?

You are here: Home / General Information / How Did You Get a Felony Oklahoma DUI?
February 7, 2017 by Editorial Staff 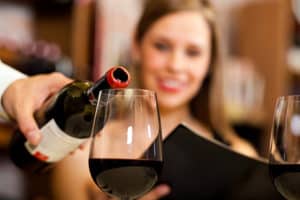 Most DUIs are misdemeanor criminal charges with strict enough consequences to prevent further incidents. Sometimes, even a first-offense DUI can be a bigger deal, which may be how you ended up with a felony Oklahoma DUI. Aggravating circumstances like child endangerment or a high blood alcohol concentration (BAC) at the time of your arrest could increase your penalty, all the way up to a felony DUI.

The shock may be that any second or subsequent Oklahoma DUI is an automatic felony.

Not all states have felony DUI penalties that are so unforgiving. Colorado’s automatic felony DUI doesn’t kick in until the fourth conviction. California has the same policy. Other states use the third DUI as their line. Oklahoma, in contrast, takes multiple DUI convictions very seriously.

The state recently consolidated its resources in counting those DUIs, too, with the IDEA act. That law made it impossible for a drunk driving conviction to be left out in court, due to jurisdictional problems in the state. Now all Oklahoma DUI convictions are counted together, allowing a judge a full understanding of the person being charged, and the full responsibility of a felony conviction, ignition interlock requirement, and other consequences.

You ended up with a felony DUI in Oklahoma because you were driving under the influence of alcohol, a choice that put lives in danger. The state has been working hard for the past few years to streamline its laws regarding drunk driving, including implementing IDEA and relying on measures like administrative license suspension and an comprehensive ignition interlock program. The felony DUI conviction is just one more reason (and a big one) for you to plan to be safe when you’ll be out drinking so that you don’t end up with a felony at the end of the night, but snugly tucked away in your own bed.