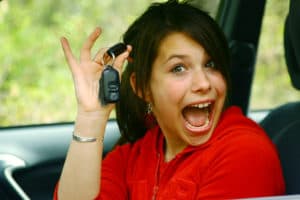 After the past few years and around a dozen states passing laws requiring more types of drunk driving offenders to install ignition interlocks, we were really excited about what 2017 would bring to the world of drunk driving laws. Safe streets should be a right, not a privilege of those who do not live in so-called “alcohol culture” states. However, it seems that those states that are not soaked in brandy or battered in beer are also not as concerned with creating safer streets.

Florida failed, once again, to expand ignition interlock access for all drunk drivers. While there is a clear problem with drunk drivers in the Sunshine State, there seems to be a bigger problem in the legislature – for the last two years, bills have been introduced to require interlocks for all convicted drunk drivers. Each year, those bills have not moved forward, without any reason.

Wisconsin tried to implement some type of new drunk driving laws and succeeded. Only, the state ignored one of the most obvious problems it has (a first time OWI isn’t a criminal offense) and instead has made it easier for convicted drunk drivers to get back on the road, even if they do so illegally. We cannot stress enough how easy it is for a person with a revoked or suspended license to still drive a vehicle, especially if they are impaired. Then you have an unlicensed, uninsured, unsafe and unsober driver on the roads.

Utah may have actually caused the biggest gasp to emit from the mouths of lawmakers, tavern leagues, and happy hour ticket holders. The state reduced the blood alcohol concentration (BAC) limit for a DUI, essentially saying that buzzed driving is now a drunk driving criminal offense. It probably comes as no surprise that the state has a strict ignition interlock policy, as well as other directives on the sales and production of alcohol. It is also one of the safest states in the country.

We hope that 2018 will be a year for more drunk driving law changes. Our safety depends on it, no matter which state we call home.

Previous Post: ← Your California Ignition Interlock is No Joke, Fool
Next Post: DUI Proof Your New Year, For Life →