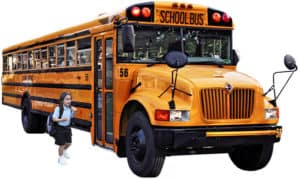 A school bus driver’s main job is keeping the children they are charged with safe from dangers on the road. What happens if the bus driver is intoxicated? In Rhode Island, it may mean an ignition interlock violation.

There is legislation in the works to require ignition interlock devices in school buses across the state. The law would be the first of its kind in the country, although other states have considered the idea in the past. The legislation stems from the DUI arrest of a school bus driver in Westerly, RI. The bus driver had a blood alcohol concentration (BAC) reading of almost three times the legal limit at the time of her arrest.

Last year, Rhode Island expanded ignition interlock access for all convicted drunk drivers. That move allowed even first-time offenders the ability to continue driving their own cars, maintain employment and fulfill household, legal, medical and educational obligations. In exchange, the offender only needs to remain sober behind the wheel.

Currently, ignition interlock devices are credited with a seven percent reduction in fatal DUI incidents across the country.

The school bus ignition interlock requirement would target all school bus drivers, even those that have no history of alcohol misuse or those who don’t drink. All school bus drivers would be required to use the devices as directed, which typically means they submit a breath sample upon starting their vehicle and then periodically as they drive. What may seem a small inconvenience turns into a new world of safety for our smallest citizens, those who have little choice over who is driving them around, not to mention how much alcohol those adults may have consumed.

The new law would allow parents, caregivers, teachers and school administrators the peace of mind that comes with a sober driver. It would also be an example for all other schools to follow to ensure the safety of our children.