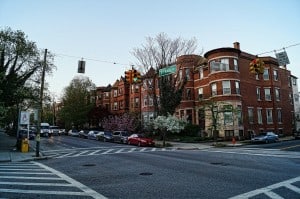 Ignition interlock devices are trusted in all 50 states to reduce the number of drunk drivers on the road. As the effectiveness of the devices continues to prove invaluable, many of those same states are handing out interlocks for even first-offense drunk driving convictions. Unfortunately, in Maryland, it seems that memo has somehow gotten lost… and with it, the number of lives affected by drunk drivers still remains a problem across the state.

Ignition interlock devices increase the odds that a person who is driving is sober. The devices test a driver’s breath for the presence of alcohol when starting the vehicle, and continue to test the driver while the car is in motion. That way, nobody can cheat the device by having another person blow into the interlock before driving, and that same person has to keep proving they are sober when driving, or face further consequences.

So, why doesn’t Maryland require the devices for all drunk driving offenders?

Maryland actually gives a DUI suspect the option of installing an ignition interlock after being arrested with a blood alcohol concentration (BAC) of .08 – .14 percent. This helps a suspect reduce the burden of an administrative license suspension through the MVA court. But, when faced with that choice and understanding that a judicial ruling may not have the interlock requirement, plenty of people can just choose to wait out their license suspension time without an interlock. That leaves open the possibility that they’ll still continue to drive, albeit illegally, and have nothing to ensure they’re not drinking and driving during that time.

On the other hand, when a person is arrested with a .15 BAC or higher in Maryland, they’re required to install an interlock, even for a first-time offense. If that BAC limit was lowered to the legal DUI limit for the interlock requirement, there would obviously be less risk on the road. There’s only a few drinks between the two BAC limits for an interlock requirement, and more than enough reason to require the devices for all DUI offenders.