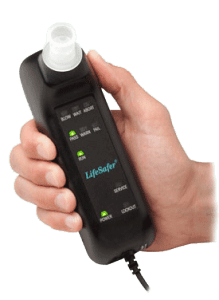 In Wisconsin, it may be easier to buy a beer than to get a gallon of milk, or that’s what data from Google indicates. It is estimated that Wisconsin has almost three bars for each grocery store, proving the “drinking culture” in the state is alive and well while putting everyone in danger.  Fortunately, the solution to Wisconsin’s drunk driving problem isn’t as complicated as building more grocery stores, it is much easier: ignition interlock devices.

Ignition interlock devices are proven to reduce the rate of repeat drunk driving offenses by 67%. Because of the success with ignition interlock programs, more states are adopting laws and guidelines that encourage the use of these devices over license suspension, incarceration and/or alcohol treatment programs. Wisconsin law mandates ignition interlock installations for all offenders convicted of more than one OWI in 10 years, but, a first-offense OWI in Wisconsin is typically treated as a traffic violation, not a crime. Essentially, that allows a person to be caught driving drunk twice before using an ignition interlock device. Even still, there are guidelines in Wisconsin for offenders with more than eight OWI convictions. Something doesn’t add up, and it isn’t the ratio of bars to grocery stores.

As people continue to rack up drunk driving convictions in Wisconsin, there is plenty of speculation about how to create safer roads for everyone, none of which should include building more grocery stores. Wisconsin’s drunk driving problem isn’t a question of sobering up before driving, but, the problem does come down to stopping a person from driving drunk before there is a tragedy. With a criminal charge for drunk driving, a person could also be required to install an ignition interlock device, creating safer streets across the state. Since alcohol is more available than a loaf of bread on a person’s way home from work, changes to Wisconsin’s ignition interlock guidelines need to be a priority.

Previous Post: ← Immigration Status after a DUI in Florida
Next Post: A Cold Michigan Winter and Your Ignition
Interlock Device →