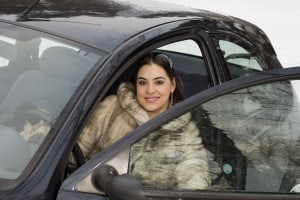 Driving safely seems simple enough. Obey traffic laws, wear a seat belt, don’t text or drink and drive, and get enough sleep. Most drivers are able to follow the rules without a second thought, but for some, the decision to remain sober before driving isn’t quite as easy. Alcohol definitely has a way of creating some negative behaviors, and when the choice to drink and drive is made, the behaviors are more than negative – they can be dangerous.

When a person is arrested for a drunk driving charge, it is estimated that he or she has already driven drunk around 80 times previously. Taking the choice to drink and drive from someone who has already “been down that road” is obvious, which is why ignition interlock devices (IIDs) are rapidly becoming a solution after a drunk driving conviction. Still, not everyone is convinced that the devices are the best solution, despite growing evidence that supports their use.

Ignition interlock devices are effective because:

Ignition interlocks make it easy to retain personal freedom while using the devices, and encourage responsible choices once removed. The effectiveness of the devices can be seen in statistics, and in the growth of ignition interlock programs and laws across the U.S. and in other countries, too. The effect of safe driving habits may be something that cannot be measured in numbers, but it is definitely appreciated by every other person who is driving on the road. That’s a powerful effect of an ignition interlock device.