What Could More Ignition Interlocks do for California?

You are here: Home / Law / What Could More Ignition Interlocks do for California?
January 14, 2015 by Editorial Staff 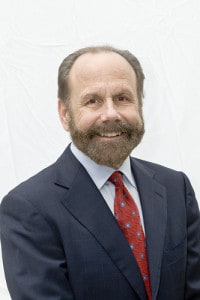 A California Senator seems to think this, and is finding support from Mothers Against Drunk Driving, the NHTSA and more.

In late December, 2015, Senator Jerry Hill introduced SB 61 to expand the ignition interlock law in California. By requiring ignition interlock devices for all drunk driving offenders in the state, the chance for any further injuries, property damage or fatalities is reduced significantly. Plus, the drunk driving offender can still work and fulfill other obligations. It’s a win-win situation for California, and one that the entire population deserves.

California’s current drunk driving statistics show that around 1,000 people are killed each year due to an intoxicated driver. Many drunk drivers are also repeat offenders, which is where the ignition interlock device becomes a vital tool to keep our streets safe: it stops drunk drivers from repeating mistakes. It saves lives.

There are plenty of reasons why states are expanding their ignition interlock laws and focusing on all offenders. The devices are reliable methods to not only prove sobriety, a benefit for the offender, but they also keep drunk drivers from causing more harm through their actions: a benefit for the rest of us on the road. With four counties in California already requiring ignition interlock devices for all offenders, the rest of the state deserves the same peace of mind.

Can a Stay-at-Home Parent in Wisconsin Still Drive after an OWI?
Next Post: The Ignition Interlock Effect →