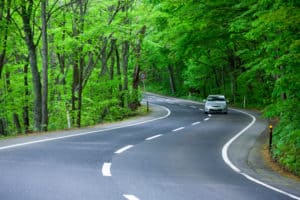 In Colorado, a DUI conviction means that you probably have an interlock requirement through the court or DMV. That means two major things in your life: you must remain sober when driving, and you must not drive a vehicle without a Colorado ignition interlock installed until your restriction is lifted.

It seems simple enough, but even with the requirement, not everyone feels it is a fair or simple solution after a DUI. Colorado ignition interlock violations are taken seriously and any attempts to circumvent the device or drive illegally mean that you’ll face an even tougher road to reinstating your license and resuming your normal life.

According to the Colorado DMV:

“Any Interlock-restricted driver who either drives a non-equipped vehicle or attempts to circumvent the proper functioning of the interlock device is subject to a license revocation with no driving for at least 1 year.”

Circumvention can be either mechanically bypassing the device, allowing another person to submit a breath sample, or driving illegally without a Colorado ignition interlock. So that quick run to the store down the road in a car without an interlock device could mean you find yourself removed from the program, facing a full suspension of your license.

Please note that once your license is suspended for an interlock violation in Colorado, the consequences for driving after that point will be severe. Also, not paying for your interlock and having it removed as a result of non-payment also qualifies as a violation.

In other words, your best bet to easily get through your Colorado ignition interlock requirement is to use the device as instructed… or just don’t drink and drive in the first place.

Colorado doesn’t mess around with any type of impaired driving, and you could even have an interlock requirement if you are under the influence of any type of substance, not just alcohol. Violating the law and putting lives in danger is a choice that can be avoided when you plan ahead if you know you’ll be drinking (or using any other legally-intoxicating substances) and have a safe ride home.