What Happens after a Florida DUI Arrest?

You are here: Home / Law / What Happens after a Florida DUI Arrest?
December 21, 2016 by Editorial Staff 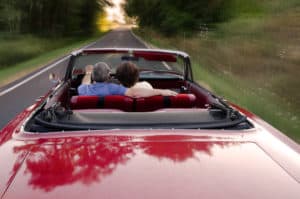 In Florida you have choices to make. Not everyone makes the safest choices, especially when alcohol is involved in the night’s celebrations. That means that you may be in that gray area between a Florida DUI arrest and your court hearing. That’s an important time that can really be used to keep you on the lighter side of the criminal consequences that await you.

Once you’re released from jail and charged with the Florida DUI, your work begins. Upon your arrest, your driver’s license was immediately suspended, but you can request a hearing with the DMV within 10 days to fight your suspension. In many cases, that’s your chance to show your dedication to sober driving, and you can even opt for an ignition interlock installation in order to prevent the full suspension of your driving privilege. Bear in mind that in many cases, either the DMV or the court (or both) will order you to install the device after a DUI anyway, you’re just getting a head start on your requirement and showing that you mean business about never drinking and diving again.

Florida does not require ignition interlock devices for all drunk driving offenses, just those first-time incidents where the driver has a high blood alcohol concentration (BAC) or other aggravating circumstances (like child endangerment). If it is a second or subsequent DUI offense, then your interlock requirement is mandatory. In the future, an ignition interlock could be required for all DUI offenses, especially if the state legislature picks up where it left off during the last session.

Eventually, the surprise factor of your Florida DUI conviction goes away, usually once you leave the courtroom with the order of the court. Until then, you have a few options to get you through such a troubling time that can position you in a better light, and a better outcome for your life after the DUI.