Is an Iowa OWI the New Florida DUI Headline?

You are here: Home / News / Is an Iowa OWI the New Florida DUI Headline?
July 7, 2016 by Editorial Staff 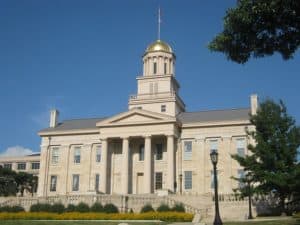 It’s a little-known fact that Iowa was one of the first states to pass ignition interlock legislation in the U.S. However, the state has since lagged behind others in expanding access to interlocks or creating laws that mandate them for OWIs. A recent Iowa OWI offender has pretty much shown the entire world just how far the state has to go when it comes to keeping drunk drivers from repeating their mistakes… even if those mistakes cost others’ lives due to intoxicated driving.

While out on a $1 million bond for vehicular homicide, a woman committed her third Iowa OWI.

We seem to hear these kinds of stories from Florida pretty often. In fact, a woman was recently denied bond in Florida after a similar situation that involved multiple drunk driving offenses. She’s still in jail. To make things a little more heated, Iowa actually has more of these types of headline incidents than Florida, so it must be easier for the internet-influenced population to laugh at Florida’s headlines than point to Iowa’s need for less drama, more laws.

Ignition interlock devices aren’t mandated in Iowa until a second or subsequent offense. So, despite two counts of vehicular manslaughter from an OWI, that was only her first OWI. No ignition interlock was ordered, she bonded out of jail and was caught driving with a blood alcohol concentration (BAC) of over .11 percent, plus had empty containers of alcohol in her vehicle.

Clearly, more can be done to keep Iowa’s streets safe. The state was once off to a great start when it implemented an ignition interlock requirement for some Iowa OWI offenders. Now, it seems Iowa has a lot of work to do to catch up with the 27 other states that require ignition interlock devices for all drunk driving offenses, unless it wants to become the new Florida, at least where headlines are concerned.