Just Sayin: A Wisconsin IID Could Prevent This…

You are here: Home / News / Just Sayin: A Wisconsin IID Could Prevent This…
May 15, 2017 by Editorial Staff 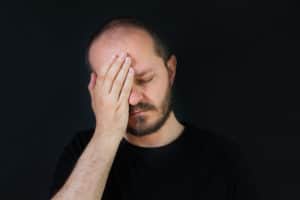 Wisconsin IID (ignition interlock device) and operating while intoxicated (OWI) laws need a lot of work, and if the dangers on the road from drunk drivers aren’t enough, perhaps the audacity of a recent, headline-stirring, prison-bound Wisconsin OWI driver can make the point clear.

Spoiler alert: the man drove himself to prison while intoxicated. Wisconsin IID laws may not be the problem in this situation.

Wisconsin IID access is a hot topic for many reasons. Some feel the devices are unnecessary, while others see the beauty in the safety, accountability, and independence they encourage.  Aside from the Wisconsin IID debate, there is still that small matter of the state treating many drunk driving incidents like they’re not a big deal. That sends quite a message to anyone who may be wondering if they’re too drunk to drive.

If drivers don’t feel there are consequences for being intoxicated behind the wheel, they’re just going to keep driving drunk. For each conviction, a drunk driver has already driven drunk an estimated 80 times previously. In Wisconsin, that conviction could be nothing more than a traffic ticket, a slap on the wrist, or little more than an inconvenience. A Wisconsin IID requirement on top of harsh, criminal consequences, could go a long way in stopping a drunk driver from driving himself to prison… while drunk. Just sayin’.

Wisconsin has every chance to make things better in the state, and while the pressure is on to keep the current practices and penalties in place, there are obvious reasons why all other states in the U.S. have stricter consequences. Wisconsin IID expansion makes sense, but perhaps the state should also focus on ways to make a first-offense OWI something to be feared, allowing those considering an intoxicated drive the chance to reconsider their drive home before they end up with a lot more regret than a traffic ticket.