Do You Know How to Install an Ignition Interlock Device?

You are here: Home / Resources / Do You Know How to Install an Ignition Interlock Device?
July 24, 2015 by Editorial Staff 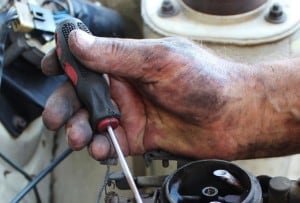 Whether you are part of the DIY crowd, or just really like to figure out how a certain technology works, you’ve probably wondered if you could install an ignition interlock device. You might be a mechanic, or you’ve seen someone using an interlock and curiosity is getting the best of you. We agree that an IID is fascinating in all that it can accomplish. But, there’s only one way to install an ignition interlock device: by letting an interlock service provider do the “dirty work” for you.

Interlocks are highly regulated by state and federal government, and for good reason. Lesser technology and bad installations can lead a convicted DUI offender into false data, faulty transmission of that data, or not being stopped if attempting to drive while intoxicated. That kind of regulation is also handed down to an ignition interlock service provider and the technicians who are installing the devices. Both of which have training that must be accomplished before even touching a car that needs a device, especially considering the vital role they play in keeping safety as the number one goal.

Of course, if you’re just that determined to install and ignition interlock device, you could head out to an ignition interlock service provider and see if they’re hiring. Once hired, you will go through an intensive training course that leads to certification in your state. Then you can legally help others get back on the road after a drunk driving conviction, with the safety and assurance that no further intoxicated episodes will occur.

Nobody intends to drink and drive, and nobody really wants an interlock. So, if the time ever comes that you need the device, or you just want to get your hands on one and see what they’re all about, remember to leave the installation to the professionals. They’re the ones you can trust when you’ve got so much on the line.

Handcuffs: Are They Worth the Drunk Driving Risk?
Next Post: Do I Need a Colorado Ignition Interlock?