The Legend of the New York Ignition Interlock Loophole

You are here: Home / Law / The Legend of the New York Ignition Interlock Loophole
April 22, 2015 by Editorial Staff 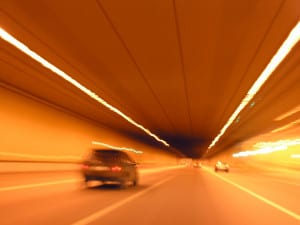 Ignition interlock laws are evolving across the U.S. as more states see just how effectively the devices and programs can reduce drunk driving incidents. This “revolution” also means that when laws are initially established, there can be language errors or other oversights that can be exploited. A drunk driving offender who uses these legal loopholes to get around the consequences of their crime isn’t acting remorseful about their crime. They’re just trying to keep on doing what got them a DWI conviction in the first place, creating a dangerous situation for all involved. Even in New York, with the tough “Leandra’s Law” policies against drunk drivers, there was once a loophole that “allowed” some convicted DWI offenders to keep driving their car, as long as they signed it over to another person.

Compliance with an ignition interlock requirement can mean several things, such as an offender installing the device, using it regularly, and, of course, remaining sober when driving. Leandra’s law in New York required a DWI offender to install the device on any vehicle that they owned, making it easy for anyone who didn’t want an ignition interlock to give their vehicle to someone else in order to get around the requirement. From there, they could potentially still drive their “old” car without the device, ignoring the law and putting everyone on the road in danger again.

As of 2013, this loophole in Leandra’s Law was closed, and if a DWI offender is found driving any vehicle without an ignition interlock they can be subject to additional penalties. Plus, If they are drunk and driving a car without an interlock, they’ll be charged with a class E felony, on top of their DWI. This evolution of DWI laws in New York is an example for the rest of the country, showing each state how to increase consequences for drunk driving, and how to avoid loopholes and other oversights by leading the way in ignition interlock laws.