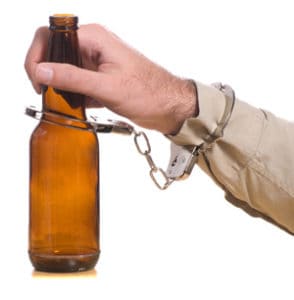 There are many reasons to be proud of Texas and its continued fight against drunk drivers across the state. In the last year the state expanded ignition interlock device access to include all Texas DWI offenders, not just those with a high blood alcohol concentration (BAC) or with multiple offenses. That expansion allows a first-offense DWI offender the ability to legally drive their own vehicle as long as there is an interlock installed, in exchange for providing a BAC sample to the device.

Three Texas police officers were arrested for DWI in a span of fewer than four hours last week. Rodriguez faces a charge of drunken driving with a child under the age of 15 in the car. She remains in Texas county jail on an $8,000 bond for felony DUI. Thomaston was stopped by an officer after he allegedly began to drive erratically. Thomaston was found to have been drinking and booked on a drunk driving charge. He faces a misdemeanor DUI and remains in a Texas county jail on a $1,200 bond. Both have been placed on administrative leave pending a full internal and criminal investigation. The third law enforcement agent, a young deputy, Sabrina Moreno, was arrested for drunk driving, less than a mile away from the location where Thomaston was arrested.

In 2012, 782 cases of police officers arrested for DWI  in the U.S. were recorded through Google searches and alerts.

You don’t normally see a police officer arrested for drunk driving, but just because it doesn’t happen very often doesn’t mean it doesn’t happen. MADD says Texas DWI cops show nobody is above the law.  Through the expansion of the ignition interlock laws last year, everyone will have access to the program. Sometimes cops make the wrong choice too, and that choice can lead to the same penalties everyone else faces.