Maybe an Ignition Interlock Was a Better Idea

You are here: Home / News / Maybe an Ignition Interlock Was a Better Idea
September 18, 2015 by Editorial Staff 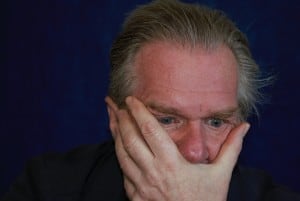 For some, struggling with addiction to alcohol or other substances is a daily battle. Some people show the physical results of addiction, while others may have a criminal record that points to those same issues. Then, there are those who may or may not fit the definition of an “addict,” but clearly have a problem with alcohol, drugs, and a tendency to put the lives of others in danger.

A Minnesota man is a good example of the latter. After several DWI convictions in the state, rather than “taking his lumps” with an ignition interlock device, he opted to sue the Minnesota Department of Public Safety based on discrimination for his “disability.” He wanted to skip the ignition interlock (and his other rehabilitation program option) and keep on driving, after four DWI convictions in six years.

The problem with this might seem pretty obvious, but, it isn’t the only time a person has tried to circumvent their ignition interlock device. It could be one of a handful of cases where a DWI offender tries that “circumvention” through legal means, however. This just shows how a habitual drunk driver has a difficult time seeing how their choice to drink and drive affects others. Many times, they can claim it is their right to drive home after drinking, much to the horror of innocent bystanders and other drivers on the road.

Although the Minnesota man did not win his case, the example he has set is one to remember. After four DWIs, nobody should be trying to get around the consequences for their actions. Nobody should try to use the court system to get away with a crime. Four DWIs in Minnesota and across the country shows that a person doesn’t have a decent grasp on drinking responsibly, and that an ignition interlock could be the best solution to keep the streets safe.