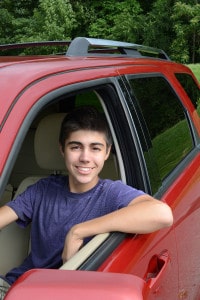 The risks of driving are much higher for teenagers due to a lack of experience on the road, distractions from friends in the vehicle, underdeveloped reaction responses in the brain, and even underage drinking and driving. Because motor vehicle crashes are the leading cause of death for teenagers, “graduated license programs” have become the standard in many states for teenage drivers. Michigan teen driving laws follow the same guidelines as other states when it comes to limiting the time a teenager can be on the road, helping him or her gain valuable experience behind the wheel, while reducing the chance for an accident.

Michigan teen driving laws require a three-step process to obtain full driving privileges.  The first step is with a “learner’s permit” or probationary license that requires a teen driver to have a licensed adult in the vehicle while it is driven by the teenager. After 90 days with no driving violations, the teenager may obtain the level 2 license that allows him or her to drive during certain times, under specific conditions, and with a limited number of people allowed in the vehicle. After one year of driving with the level 2 license, Michigan teen driving laws allow the teenager to have a full driver’s license, as long as no violations have occurred in that year.

Unfortunately, Michigan is well known for its “widespread” underage drinking problem.  Since every state has a “zero tolerance” policy toward underage drinking and driving, a teenager who is caught with any measure of alcohol in the blood will face consequences in court. Many states will suspend or revoke driving privileges, while others will require the installation of an ignition interlock device (IID) upon conviction, even for a teenage driver in Michigan. Michigan teen driving laws focus on the importance of safety and responsibility when operating a vehicle, keeping the roads safe by graduating experienced and knowledgeable teenage drivers.

Previous Post: ← A Sober 4th of July: Red, White and Blue-Themed Mocktails
Next Post: Can a Person Have a DUI Expunged? →