You Need a Colorado Ignition Interlock If You…

You are here: Home / General Information / You Need a Colorado Ignition Interlock If You…
September 7, 2015 by Editorial Staff 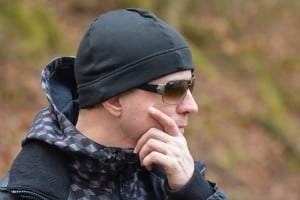 Colorado has a lot of great places to visit, whether you’re a fan of the natural beauty within the state or the nightlife hot spots in your city. But, to get to those great places, you probably need a car, which means you need to be able to drive that car. If you have a DUI conviction, driving anywhere is difficult, especially when your license is suspended. Because Colorado puts the safety of sober drivers above your ability to drink and drive, you may just need a car breathalyzer or ignition interlock, especially if you fit into the following situations:

Some would even say that if you think you’re “okay to drive” after you’ve been drinking, you need an ignition interlock, too. Considering a drunk driver has already been on the road while intoxicated an average of 80 times before a DUI conviction, that’s a pretty good point.

Colorado’s ignition interlock law keeps drunk drivers from risking the lives of others, while still allowing an offender the ability to “take care of business” after a DUI. You might need an ignition interlock in Colorado if you think it’s okay to drink and drive, but, when you actually take that next step and get behind the wheel under the influence of alcohol, you definitely need one.

5 Consequences for Ignition Interlock Violations
Next Post: Safer Streets Thanks to This Mississippi DUI Officer