“No Refusal” and DUI in Maryland: Now What? 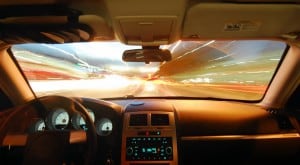 The sinking feeling after seeing those blue, flashing lights in your rear-view mirror is enough to make even the most sober driver feel a little sick. When you have been drinking in Maryland, however, you are probably more aware of what is ahead of you… like a DUI or DWI. In a panic, you might think your best odds are to wait out the sobriety testing ahead of you because you are probably not really that intoxicated. Unfortunately, with the “no refusal” laws in Maryland, it will not matter what you think… the officer wants proof that you’re sober enough to drive, and when you refuse the test, you are looking at even more trouble.

When you refuse sobriety testing in Maryland, it may be considered an admission of your guilt as a drunk driver, or even that you’re attempting to obstruct justice. That’s why your refusal will add to any driver’s license suspension you receive, depending on how many violations you already have, increasing your time with an ignition interlock device and the overall frustration of recovery from a DUI, if convicted.

Your refusal to submit to sobriety testing will cost you:

Keep in mind that you do not have to be under arrest for an officer to request your participation in sobriety testing in Maryland, you just have to be suspected of driving under the influence.

Refusing to be responsible when drinking should not lead to a refusal of sobriety testing, especially when you have the choice to find a safe ride home.  As much as you do not want to see the blue lights following you, no officer really wants you to be guilty of DUI or DWI. But, an officer will want proof that you are sober when driving, so, your best bet for staying out of trouble is to never make the choice to drink and drive.

Previous Post: ← Halloween Hangover: Finding Your Cure for a “Day After” DUI
Next Post: Your Colorado Ignition Interlock Violations Count! →