Why Was I Ordered to Install an Ignition Interlock?

You are here: Home / Opinion / Why Was I Ordered to Install an Ignition Interlock?
July 2, 2015 by Editorial Staff 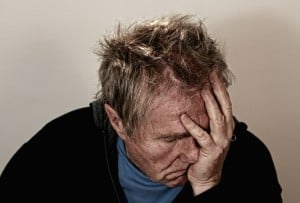 In years past, the penalties for drunk driving were much more about punishment than they were about rehabilitation. Driving under the influence of alcohol requires, well, alcohol, ad punishing a person who was acting under the influence of any substance doesn’t often have a great outcome. Plenty of DUI offenders with jail time or court fines would often just keep drinking and driving once the punishment was over. Today, drunk drivers are ordered to install an ignition interlock for different reasons, and while there is a level of frustration involved, an interlock is a tool for rehabilitation after a DUI.

Think of it this way, if you were in jail you couldn’t work. If you can’t work, you can earn a paycheck. As if a DUI wasn’t bad enough, your life would become an enormous frustration that has too often been difficult to get around… especially in jail. Once you got out, you’d have to find a new job, with your new criminal record, and a way to get back and forth to work if your license was suspended or revoked. You think an ignition interlock is frustrating… just imagine the alternative. Add in the responsibilities of having a family, going to school and other obligations in life – your ignition interlock is quite literally saving your life, and figuratively, too.

In Mississippi, Parking Under the Influence of Alcohol is Still a DUI
Next Post: Should You Buy, Lease or Rent an Ignition Interlock?