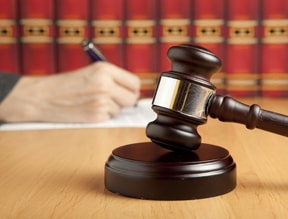 The State of Pennsylvania is offering first-time DUI (driving under the influence) offenders an unprecedented option. They call it the ARD Program and it may be the best news a person who has been arrested for a DUI will ever get. ARD is an acronym for Accelerated Rehabilitative Disposition and the program is for first-time offenders deemed to be relatively safe to the general public. While the Program will not work for everyone, it is a creative step that Pennsylvania will use to cut down on costs associated with DUIs.

A DUI charge is a criminal one. Whether or not it is a misdemeanor or a felony charge (and subsequently, a misdemeanor or felony conviction) depends upon a number of factors, but regardless the cases must be tried in criminal court. This can be a costly venture for states, especially in these days of economic uncertainty. If accepted into the ARD Program, an offender agrees to be supervised for two (2) years and comply with certain rules. These rules include supervision meetings, paying court-ordered restitution, and attending a court-mandated DUI school.

Not all first-time offenders are eligible for Pennsylvania’s ARD Program. If a child under the age of fourteen (14) was in the vehicle when stopped for the DUI or if the DUI resulted in the death or serious bodily harm to another, the driver is not eligible for the program. The District Attorney (DA) decides who may enter the program and everyone who is eligible should not enter. Some people will receive information from a DUI attorney that helps them make a better decision for their situations.

Criminal proceedings can be a lengthy, stressful course of action for both sides of the case. With Pennsylvania’s ARD Program, first-time DUI offenders are able to get a fresh start without a conviction or jail time. People who complete the program are rewarded with an expunged record, making it easier to get and keep jobs and educational opportunities. This program has the potential to be life-changing for many people who simply made a bad decision one day.