You Could Stop Underage Drinking

You are here: Home / Resources / You Could Stop Underage Drinking
January 23, 2015 by Editorial Staff 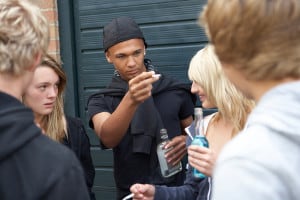 Unfortunately, drinking alcohol isn’t just something that adults do, despite laws that prohibit its sale to minors. Teenagers and young adults too often find a way to drink with friends, which can quickly lead to problems with addiction and reckless behaviors like drinking and driving. Despite the education that children receive in school and in community efforts, the “Under 21” crowd doesn’t seem to have much fear of the consequences of underage drinking. Underage drinking seems, in fact, a rite of passage while waiting for the legal ability to purchase and drink alcohol

The CDC Fact Sheet on Underage Drinking has some startling statistics, including:

What can stop it? You can.

If you are a parent, your influence over your children is more important than the peer pressure or curiosity surrounding drinking alcohol. Your behaviors and your boundaries with alcohol are an important factor in reducing the incidents of underage drinking experienced across the country. Experts encourage parents to start talking about underage drinking with their children from an early age, and continue to discuss the reasons why drinking alcohol is illegal until they are able to legally make the choice themselves. You can do this.

Keep in mind that even if a person is underage when convicted of a drunk driving charge, they can still face incarceration, an ignition interlock requirement, court fines, fees and so much more. That also means that as a parent of an underage drinker who hasn’t reached age 18, you’re held responsible in many courts as well. It is your wallet, and perhaps your freedom to start your car without an ignition interlock device, that bear the brunt of underage drinking. Those aren’t boundaries any parent shouldn’t be willing to give up on, no matter how old a child is.