You are here: Home / Opinion / Strengthen Iowa Ignition Interlock and DUI Laws for Safety’s Sake
May 4, 2017 by Editorial Staff 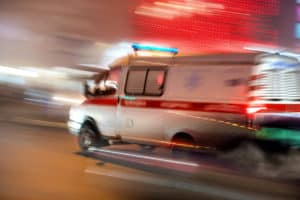 Iowa is trying to get to a better, more sober place in the world. No longer is the state content to be one of the worst states in the U.S. when it comes to ignition interlock and DUI laws. Now the state has a chance to move ahead and get safety right, beyond the approval of a 24/7 sobriety program. We’re talking real change that keeps drunk drivers from making more intoxicated mistakes.

Iowa has a low rating from MADD that gives us insight into effective ignition interlock and DUI laws. MADD doesn’t advocate for 24/7 sobriety programs. Instead, the organization stands behind other legal moves like harsh penalties for DUI child endangerment and expanding ignition interlock access. The rationale is that a person, even one that is monitored throughout the day for any presence of alcohol, can still decide to get in a car and drive. The 24/7 monitoring machine only tests blood alcohol concentration (BAC), and in most cases, those tests only happen twice each day. An ignition interlock device, however, will test BAC no matter how many times an engine is started in a day and then disable the vehicle if alcohol is detected.

Plus, as much as the ignition interlock protects us from more drunk driving, the device also allows a DUI offender the chance to resume life as independently as possible. That can lead to a better recovery with minimal subsequent DUI offenses.

MADD understands that an ignition interlock and DUI driver can move forward after an offense happens. The devices help the offender get back on his or her feet while providing the rest of us with the assurance that no further drunk driving incidents will occur. All progress in strengthening ignition interlock and DUI laws is a good thing, and each step brings us closer to the sober roads we all deserve to drive on.