The Struggle is Real: Ignition Interlocks and Hiccups

You are here: Home / General Information / The Struggle is Real: Ignition Interlocks and Hiccups
May 21, 2015 by Editorial Staff 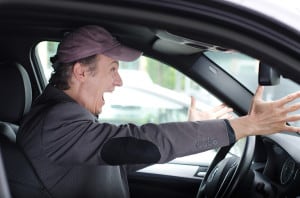 Oh, hiccups. Those spasmodic reminders that we’re not always in control, even of our oxygen intake.  We’ve all had hiccups from time to time, and as frustrating as they can be, imagine having to blow into an ignition interlock device when you’re in the middle of an episode.

If you’re about to start your car and get hit with some hiccups, you might want to wait until they stop before you blow into your ignition interlock. In some cases, you could hiccup into the device and cause a failed test because you were interrupted mid-blow or the hum you need to accurately supply a breath sample could be distorted by that “hic” in your throat. You won’t be penalized for a test that fails due to hiccups, but, you could be waiting longer to get your car started until they pass. Fortunately, ignition interlocks are patient.

In the middle of a rolling re-test, you’re prompted to submit a sample while your car is in motion. This means your ignition interlock wants you test while driving… which is probably the worst time to get hiccups. Instead of driving, blowing and fighting your body for control, you should probably just pull over as soon as possible and perform the test once the hiccups subside. You will need to turn off your engine once you are safe, and don’t worry, the ignition interlock won’t turn off your engine, even if you delay your rolling retest because of hiccups.

Failed ignition interlock tests aren’t commonly related to hiccups, fits of laughter or those yawning moments that just won’t stop… but, it can happen.  The good news is that you won’t register any amount of alcohol during these failed tests, as long as you haven’t been drinking. In other words, hiccups come and hiccups go, but sober driving is forever.