You are here: Home / Resources / Teens and Sobriety
February 1, 2014 by Editorial Staff 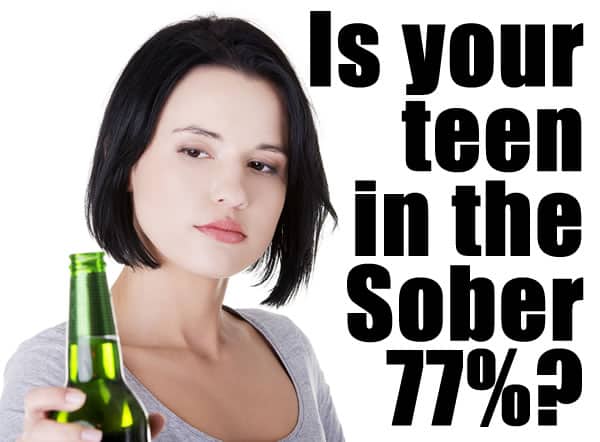 According to the Center for Disease Control, vehicle accidents are the top cause of teenage and child deaths in the country, prompting states across the country to introduce graduated driver’s licenses, and full-scale awareness programs regarding the risk factors of teens and drinking and driving. In October, 2013, Mothers Against Drunk Driving and State Farm released information that may show these efforts are paying off, especially when it comes to teens and alcohol consumption.

This survey revealed that 77% of the teenagers polled do not drink alcohol. The reasons that were cited varied from health problems and interference with school success to not wanting parents to disapprove of their actions. For any parent, teacher or caregiver of a teenager, these figures indicate a positive trend with teens and drinking alcohol, and perhaps a reason to breathe easier when handing over the car keys to a teenage driver.