There’s More to those Ignition Interlock Successes than You Think

You are here: Home / News / There’s More to those Ignition Interlock Successes than You Think
March 4, 2016 by Editorial Staff 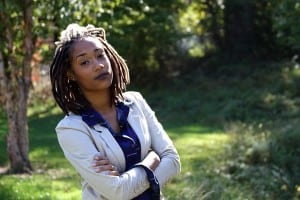 That statistic does not take into account the number of “buzzed” drivers that were also denied the chance to drive while they were impaired by alcohol.

In states like Colorado and Maryland, there are criminal charges for lower BAC (blood alcohol concentration) drunk drivers. Because alcohol can affect people differently, a .04 BAC may not fit the legal definition of intoxication, but that person’s driving could be just as dangerous as someone else who measures .08 BAC. In that case, buzzed driving IS drunk driving and the person needs to be removed from the road before something tragic occurs.

When it comes to ignition interlocks and preventing drunk driving, the devices go even further. Most states have the limit of an interlock set between .02-.025 percent BAC – which is pretty much what anyone will achieve after just one drink. So, while the 1.77 million drunk driving (.08 BAC) incidents that interlocks prevented is impressive, imagine how many “buzzed” drivers were also kept from the roads.

Ignition interlock success stories are multi-faceted, especially when you consider the number of drunk or impaired drivers who are removed from the roads with just a quick breath test, and the behavior-changing effects once the devices are removed. Whether the devices are responsible for stopping a legally drunken person from driving, or a buzzed driver from causing more trouble, ignition interlocks are working to keep our streets safe by preventing further drunk driving incidents. The numbers don’t lie, and continue to report a success rate that only grows larger as more states require the devices for drunk driving offenders.

Previous Post: ← Why is 21 the Legal Drinking Age?
Next Post: Does New York Have a DWI Problem? →