Why is 21 the Legal Drinking Age?

You are here: Home / General Information / Why is 21 the Legal Drinking Age?
March 3, 2016 by Editorial Staff 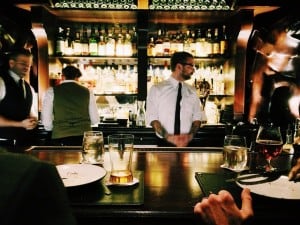 If you’re confused about the arbitrary nature of age 21 as the threshold into adulthood, you are not alone. In fact, most people don’t understand the gap years between 18-21, when young adults can vote and be drafted, but they can’t have a beer with friends at a bar. It doesn’t make a lot of sense that since 1984, the legal drinking age in the U.S. has been 21 years old. Why is it that way?

The drinking age was changed in accordance with the National Minimum Drinking Age Act of 1984. This act put each U.S. state in the position of either raising the drinking age to 21 or losing federal funds for highways. States complied, and we’ve been at the 21-year minimum ever since. However, each state can have exceptions to the age minimum for religious reasons, parental (or spousal) permission or other circumstances.

Some people think that 21 was set as the age in light of brain development – that age 18 is too young for good judgment when it comes to life-altering decisions, like drinking alcohol. By 21, that “executive functioning” is much more developed, and humans can more easily determine their need or desire for a beer, and how to be responsible when drinking. However, much of that research has been a lot more recent than 1984, making it somewhat less valid for the Reagan era, if not more validating in the new century.

However, historically, age 21 was significant in English Common Law – it was the age when a young man could become a knight (today’s version of enlisting in the military). It wasn’t until WWII when Roosevelt dropped the requirement for the military draft from age 21 to 18. Not long after, the drinking age also dropped to age 18 and for over a decade, drinking was okay for kids just getting out of high school.

Of course, we see age 18 differently today, especially since our “kids” are not being drafted as they proudly wave their Millennial flags. However, in many states, minors who are convicted of DUI still face adult consequences, including ignition interlock requirements, fines, jail time and more. Age 21 may be a huge milestone in life for some, but that age limit is also allowing more people to reach that age, as well, by limiting access to alcohol and nights of bad judgment.