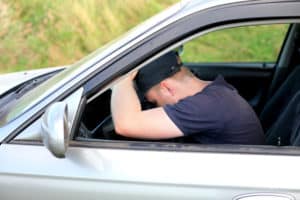 When you have a Mississippi ignition interlock device, you’ve been given back your independence and freedom to drive… as long as you do so while sober. For any drunk driving conviction, you will likely have an interlock for some time, which is a good thing. You do not have to depend on others for transportation, and you can keep your job and other obligations in check. The thing you want to make sure you stay away from are any Mississippi ignition interlock violations.

Any Mississippi ignition interlock violations will cause the offender additional consequences, including a fine between $250 – $1,000 and a possible jail sentence of up to one year, or both.

Other violations with a Mississippi interlock include blood alcohol concentration (BAC) violations. Simply stated, the device is set to detect any amount of alcohol in the bloodstream, just like a police breathalyzer. Even a trace amount can be recorded and stored in the data, but it is the BAC that exceeds the set limit that can be the biggest problem. Most interlocks are set to disable an ignition system between .02-.03 percent BAC, or around the same amount of alcohol in one standard drink. If you fail your test due to a BAC reading, you’ll face additional time with the interlock device or removal from the program entirely.

Keeping your freedom to drive is the idea behind the interlock. Otherwise, you’d just be back to bumming rides from friends after a Mississippi DUI. Don’t let those violations cost you your freedom. Stay sober and let your interlock do its job, so you can keep doing yours.

Previous Post: ← Use It or Lose It: Texas Ignition Interlock Violations
Next Post: Weird DUI: Toothpaste and Your BAC →