Use It or Lose It: Texas Ignition Interlock Violations

You are here: Home / General Information / Use It or Lose It: Texas Ignition Interlock Violations
October 2, 2017 by Editorial Staff 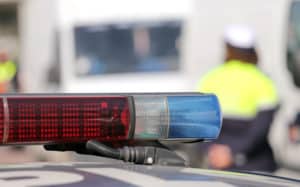 Ignition interlock devices prevent 67-90% of subsequent drunk driving incidents, but only when they are used.

Depending on the circumstances of the drunk driving incident, a Texas DWI offender was given the choice (or required) to install an interlock by the court or through the DMV (or both). Texas ignition interlock violations become much less understandable given that there is once again a choice being made by the offender: whether to drive sober or attempt to get around the system and/or device.

Texas ignition interlock violations include tampering with the device, asking another person to blow into the interlock, driving a vehicle that does not have an interlock installed, or registering a BAC above the preset limit.

Penalties for any of those Texas ignition interlock violations include: