Is Twerking the DUI of the Mississippi ABC?

You are here: Home / News / Is Twerking the DUI of the Mississippi ABC?
March 8, 2016 by Editorial Staff 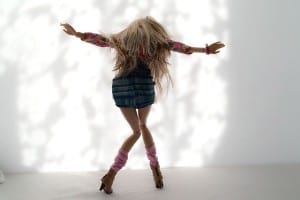 Regulating alcohol is the job of each state, with commissions set up to ensure the safety of the public. Sometimes, however, lines can get a little blurry and those same commissions are called into a position of stopping a fun night of twerking. Twerking – a dance that can cause at least two types of gasps in the crowd as men and women shake their behinds salaciously. Twerking – also the reason the Mississippi Alcoholic Beverage Commission (ABC) had to interfere with a concert in the state, creating an interesting look at how far alcohol regulations stretch into other aspects of our lives.

Most of us are familiar with alcohol regulations on the manufacturing and sale of wine, beer or liquor. Those are safety considerations, much like laws that require ignition interlock devices for drunk driving offenders. But the Mississippi ABC role in the twerking controversy seems to be more related to the mix of “adult” dancing and consumption of alcohol while watching the show. We can’t comment on the laws around this or the perception of what is and is not “adult entertainment,” just the situation that proves when enough people take a stand in an alcohol-related situation (twerking, drinking and driving), changes can happen.

So no more excuses on compliance with those ignition interlock devices.

Of course the Mississippi ABC has nothing to do with ignition interlock compliance, but the agency and the device work in similar ways: they keep drunk driving to a minimum. There’s nothing wrong with having a little fun, including drinking your favorite “adult” beverage at a maybe-maybe-not “adult” show.  Just be sure that you are doing so safely, whether there’s twerking or driving at the end of the night. Then, everyone gets to his or her final destination in one piece, with great memories of a night full of fun and fabulous times.