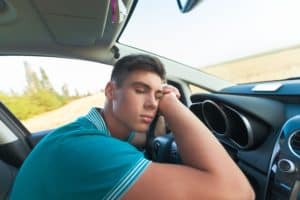 For two years, Wisconsin has had on its legislative agenda a law to expand the number of OWI offenders who would be required to use ignition interlocks. For two years, these ignition interlock expansion laws have failed. This year both Oklahoma and Nevada have passed such laws, bringing the total number of states that require the car breathalyzer devices for all drunk driving offenders to 30. Understandably, these things take time, but the number of Wisconsin OWI deaths indicates that there may not be much more time to waste. In 2012, a person was killed or injured in an alcohol-related car crash in Wisconsin every 2.8 hours. According to the Wisconsin Department of Transportation, alcohol-related crashes and injuries have declined over the past few decades, but alcohol-related deaths have remained consistent over that same period of time.

37% of all traffic fatalities in Wisconsin cite alcohol as a factor. While Wisconsin certainly continues to fight drunk driving across the state, there are concerns that not enough is being done to stop the damage from a Wisconsin OWI. By passing a law that would expand ignition interlock access across the state, or just criminalizing a first-offense OWI, the state could see a drastic improvement in the number of fatalities, serious injuries, and property damage from drunk drivers in the state.  The real danger in Wisconsin is continuing to turn away from the reality of drunk driving, especially when there are such simple solutions that can increase safety for everyone in the state.