Weird DUI Things: Burping Out of a Breathalyzer Test

You are here: Home / Offbeat / Weird DUI Things: Burping Out of a Breathalyzer Test
June 29, 2017 by Editorial Staff 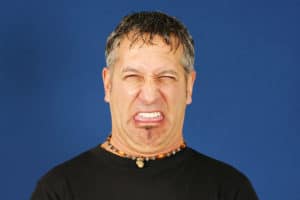 We hear about plenty of myths concerning how to beat a car breathalyzer or ignition interlock. Because breathalyzer technology has evolved greatly over the last century, and especially in the last few years, the devices are hard to fool, giving rise to some interesting theories on how to submit a “clean” breath sample. Such as burping into an ignition interlock device in order to beat the breath test.

A burp is the release of gas from the stomach or esophagus, caused by a reaction in the digestive tract from consuming food or beverages.  Because of the concentrated release of gas in a burp, it was once believed that a person taking a breathalyzer test could skew the results. Then, the person providing the breath sample would be able to drive home (likely drunk), because of a false result and an inability to prove their level of intoxication with the breathalyzer.

An ignition interlock device, however, has no discretion – either you pass or fail.

Because an ignition interlock device reports a drunk driving offender’s blood alcohol content (BAC) level to the court, DMV or other reporting agency, it is imperative that the technology used in the device is as accurate as possible. A 1992 study from the University of Wisconsin-Madison proves there is no difference in measuring BAC through a standard breath sample or one that was obtained through burping. Ignition interlock devices test for alcohol in the breath and even a concentrated, burped sample of breath still contains an accurate BAC. Regardless, other studies recommend police officers observe a suspected DUI offender for 20 minutes prior to administering a breathalyzer test in order to reduce the chance of an abnormally high BAC reading.

Clearly burping to beat an ignition interlock test will just cause a test failure and could result in a longer time requirement, revocation of driving privileges, or worse. Instead of trying to burp your way out of the test, just find a safe and sober ride home.