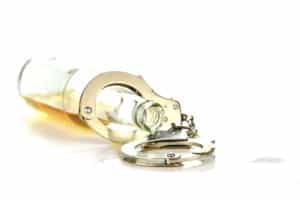 DUI laws have existed in the United States since 1910. New York and New Mexico paved the way for other states to begin passing laws regulating what should happen to those operating conveyances under the influence of alcohol. Now all 50 states have DUI laws that regulate everything from underage drunk drivers to dealing with aggravating circumstances.

Aggravated DUI laws come into play in most states at a blood alcohol concentration (BAC) of .15%, some states have higher BAC levels, and drastically increase punishments. In several states, an aggravated DUI is automatically considered a felony, even for a first offense. A West Virginia aggravated DUI charge occurs at .15% and it is considered a misdemeanor level offense unless there are previous DUI convictions or other aggravating factors, such as a DUI accident related death or serious injury.

●       Jail time: There’s no mandatory minimum for a first offense, unless you are charged with a West Virginia Aggravated DUI which carries a minimum of 48 hours in jail with up to 6 months as the maximum.

Penalties for DUIs are serious and have long-reaching consequences. Regardless of your location in the United States, laws governing DUIs are strict and meant to discourage offenders from ever getting behind the wheel.

Previous Post: ← The Crushing Penalties and Fees for a Mississippi Aggravated DUI
Next Post: You Really Can’t Get a Missouri Aggravated DWI →