You Really Can’t Get a Missouri Aggravated DWI

You are here: Home / Law / You Really Can’t Get a Missouri Aggravated DWI
December 20, 2017 by Editorial Staff 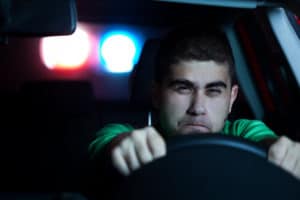 Prior Missouri DWI Offender
A prior offender is anyone who has either been found guilty or plead guilty to a prior DWI offense. This elevates your charge to a class A misdemeanor and increases your jail time and fines. You also are not eligible for probation unless you serve 10 days in county jail or 240 hours of community service.

Persistent Missouri DWI Offender
A persistent offender is someone who is receiving their third DWI conviction. The charge is now a class D felony and you could be ordered to serve up to four years in the Missouri Department of Corrections. You are not eligible for parole until you’ve served 30 days in prison or 480 hours of community service. Also, because this is a felony, you may be required to serve up to 5 years of probation.

Aggravated Missouri DWI Offender
You will be classified an aggravated offender (not have a Missouri aggravated DWI offense) and serve up to 7 years in prison if you are convicted of a 4th DWI in your lifetime, have any previous felony assault with a motor vehicle while under the influence convictions, have a previous involuntary manslaughter conviction or murder in the 2nd degree while operating a motor vehicle conviction, and/or have a previous 2nd degree assault on a law enforcement official/police officer while operating a motor vehicle. This is a C felony and you must serve 60 days in prison.

Chronic Missouri DWI Offender
If you have been convicted of 5 or more DWI offenses, you are a chronic offender. You will serve a minimum of 2 years in the Missouri Department of Corrections without the possibility of probation or parole until after those 2 years have been served.

Missouri does not have a Missouri aggravated DWI because their offender step-up program makes it unnecessary. The state’s standard punishments are plenty harsh and discouraging for drivers.