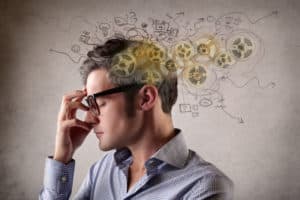 While Oklahoma is experiencing some legislative growing pains this year, once everything settles the state will be a much safer place to live, work and visit. The new Oklahoma DUI laws that were enacted this year have had an odd effect on a state that has only the best interest of its residents at heart. For instance, SB-58 has extended the time it takes to get an ignition interlock restricted license, while those with multiple DUI convictions (HB-2555) now have another step in their rehabilitation process: an alcohol assessment.

In short, the new Oklahoma DUI laws mean there’s more recovery time involved after a conviction is handed down in court.

New Oklahoma DUI laws have also been impacted by a problem with the breathalyzer used by law enforcement. It seems that some of the equipment used across the state was not up to the standards of the state, allowing for a legal loophole for accused DUI offenders. Fortunately, the accuracy of those breathalyzers was not in question, just some of the parts attached to breathalyzers. Moving forward, Oklahoma will only be using federally-approved devices with federally-approved attachments.

Fighting against the Oklahoma DUI laws is counterintuitive, yet people believe they have logical reasons to try their luck in court. Too many offenders want to avoid the installation and maintenance of an ignition interlock device, the same tool that will enable them to drive legally and get back their “normal” life much sooner after a DUI. The backlog from these new laws has caused only contributes to the feeling that an ignition interlock and any consequences for DUI are arbitrary, and more hassle than they’re worth.

Really, the new Oklahoma DUI laws mean the state is serious about eliminating drunk driving. While there may be some hiccups and hurdles, once these new laws have the administrative support needed, there shouldn’t be a doubt in anyone’s mind about a plan to get home safely if alcohol is on the menu.

Previous Post: ← Speeding Up the New Mexico IID Process
Next Post: The Effect of Alcohol at Different BAC Levels: What to Expect →