Why Does the Virginia DUI Lookback Period Matter?

You are here: Home / Law / Why Does the Virginia DUI Lookback Period Matter?
December 12, 2016 by Editorial Staff 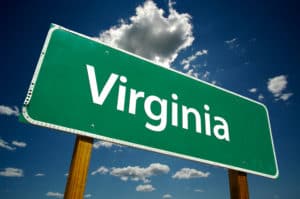 The Virginia DUI washout or lookback period is important when you are facing more than one DUI conviction because it determines how a second (or subsequent) offense will be treated.  A first-offense Virginia DUI can no longer be counted against you in court after 10 years, but that doesn’t mean you should try for a new, first-offense DUI either.

The 10-year washout or lookback gap between DUIs can mean you’re facing a second offense or a second first-offense DUI.

A second DUI conviction will result in higher court costs and fines, as well as a longer ignition interlock requirement, while a third Virginia DUI increases all of that. Plus, you will likely have a felony conviction on your record, and a mandatory year in jail. That’s not all: a third DUI means your license will be revoked indefinitely, and you may never be able to legally drive again. In some cases, an offender can qualify for a restricted license.

Va. Code §46.2-391(C)(2). For a restricted license to authorize such person to drive a motor vehicle in the Commonwealth in the course of his employment and to drive a motor vehicle to and from his home to the place of his employment after the expiration of three years from the date of his last conviction. The court may order that a restricted license for such purposes be issued…

Accurately counting the number of Virginia DUIs is vital for enforcing the appropriate penalties, which is where the lookback or washout period matters most. Virginia is tough on even first-time DUI offenders, so having a washout period is a way maintain that strict stance while still understanding that sometimes, history repeats itself, even decades later. At least today’s punishments are strict enough to still leave an impression on the offender.

Previous Post: ← Can I Get a DUI if I have an IID?
Next Post: Wisconsin Ignition Interlock Devices Make Cents →