Will I Go to Jail for a DUI in Missouri? 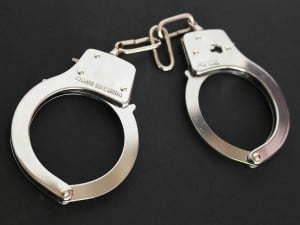 There aren’t a lot of people out there who want to go to jail. Most of the time, just the thought of it keeps us all on the straight and narrow path. But, that path gets a little harder to follow when alcohol is involved, and especially when alcohol leads to a bad decision to drive under its influence. Most states are beginning to see that rehabilitation and education are better ways to “treat” a DUI, which is why there are more ignition interlock programs each year. But, in Missouri and most other states, jail is still a factor in the consequences for a DUI.

You will face jail time for a Missouri DUI if you:

In Missouri, when you test at or above a .08 percent blood alcohol concentration (BAC), you are legally drunk. It does not matter why you chose to get behind the wheel, just the fact that you are a drunk driver. You are endangering lives, and you will face the music (and some jail time) when you make that choice. You will have court costs and fines to pay, as well as an ignition interlock requirement, restricted driver’s license and more.

Rehabilitation and ignition interlock programs are effective in reducing drunk driving incidents, but the best prevention is to find a safe way home if you’ve been drinking. Then, there’s no risk of jail time, an interlock or the personal devastation that drunk driving can cause. You will go to jail for a DUI in Missouri, and that’s not even the worst thing you could face if you choose to drink and drive.

Should You Buy, Lease or Rent an Ignition Interlock?
Next Post: Easy, Peasy, DWI Squeasy: New Mexico and the Drunk Busters