You Can’t Swim Away a Florida DUI 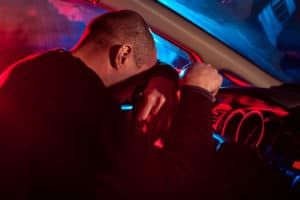 There are thousands of ways people think they can get out of a drunk driving charge. Some will try to trick a police breathalyzer by stuffing their mouths with pennies or gum, while others believe that cold showers and coffee are enough to sober up before driving. A recent Florida DUI story is another in the series: it’s about a man who drove his car off of a Florida bridge, only to swim back to shore and find himself right in the hands of law enforcement.

To be clear, swimming will not lower your blood alcohol concentration, either.

Blood alcohol concentration, or BAC, is the measurement used to determine whether a person is legally drunk. Right now, that legal, per se limit stands at .08 percent in 49 states and in D.C. (Utah recently lowered the state’s BAC limit to .05 percent). The man in question had a BAC of .22 percent, almost three times the Florida DUI limit. At .22 BAC, one can expect extremely slurred speech, a loss of motor control and even lethargic responses. In Florida, one can also expect plenty of consequences at that BAC limit, including high fines, possible jail time and an ignition interlock requirement.

More than likely, the suspect was too intoxicated to realize his road was leading directly to the ocean, and as a result, he had to swim to shore for safety. However, we can all understand that Florida DUI headlines are often a little more dramatic than the normal and that people do try to swim, shower or have pennies ready to beat a breathalyzer or get out of a drunk driving problem. The best prevention is to just keep your safety in mind before heading out for a night, when alcohol is involved, or have numbers ready in your phone just in case.

Previous Post: ← Making Sense of the Iowa OWI Problem
Next Post: Weird DUI: Guilty and Driving Yourself to Jail →