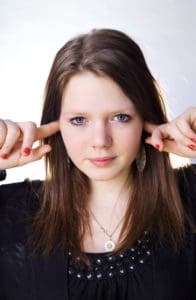 Nobody wants to be on the other end of the phone, being told their loved one was involved in an accident. When that loved one is your own child, a minor, the entire situation takes on a whole new form of terror. Parents struggle between trying to keep their children safe while driving, and allowing them the space to grow into independent adults. But even the most mature adult can make bad decisions when alcohol is a factor, and kids don’t always have the experience or understanding to make the right choices when drinking. Since you can’t helicopter your kid when they’re out alone, here’s a few suggestions to keep underage DUI problems to a minimum.

Curfews. Most states have legal driving curfews for underage minors, up until age 18. Research shows that these restrictions help keep crime rates down, and the less time a minor is allowed to drive at night, the less time there is for driving under the influence, as well.

Good parenting. As subjective as parenting can be, research also shows that parents who openly communicate with their children about drinking and driving have a positive impact on those decisions. Plus, by modeling good driving behaviors, there is more success in the safety of teens and young adults on the road.

While nothing is 100% safe, there are definitely ways to mitigate risks where alcohol and minors are concerned. An underage DUI is more than a blemish on a criminal record or an ordeal to get past, it can be a life-altering event for the driver and any victims involved. Safely allowing a child the freedom to drive comes in many forms, but the outcome is safer streets for all of us, for life.