“Abuse or Lose” in Missouri: Underage Drinking and More

You are here: Home / Law / “Abuse or Lose” in Missouri: Underage Drinking and More
April 20, 2015 by Editorial Staff 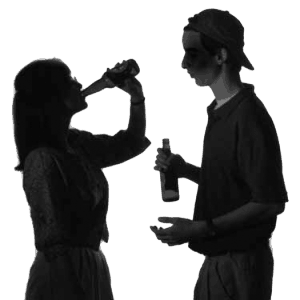 Kids will be kids, especially when trying to get around the laws of the land. But, just like adults, when a minor drinks alcohol, judgment is impaired, creating dangerous situations where inexperience and a few beers can lead to deadly consequences. In states like Missouri, the national “zero tolerance” underage drinking policy regarding anyone under the age of 21 is just the beginning. In fact, Missouri has a special set of “Abuse or Lose” laws for anyone under the age of 21 who exercises any kind of poor judgment regarding alcohol or drugs.

Violating Missouri’s “Abuse or Lose” laws for underage drinkers will be a fast ticket to losing your license for at least 90 days. This includes if you drink and drive, are found possessing alcohol or drugs while driving or trying to fake your legal identification in any way.  If you use or have drugs in your possession, you could also lose your license, and if you have ANY subsequent offenses that fall under these guidelines, you could lose your ability to drive for an entire year. Because there is no reason for anyone under the age of 21 to possess or use alcohol, the penalties you’ll face will be a strong reminder that underage drinking isn’t worth the risk… and that drugs are the wrong choice, no matter what.

Missouri’s DWI laws include all-offender ignition interlock requirements, court costs, fines and more. The state also may require you go into treatment for alcohol or substance abuse. At such a young age, you may be prone to making unwise decisions, but, the  underage drinking and, “Abuse or Lose” consequences you’ll face in Missouri might make you think twice before chancing your freedom. Instead, you can be an example for your friends and other adults who may need a reminder that when you abuse alcohol or drugs, you lose… no matter how old you are.