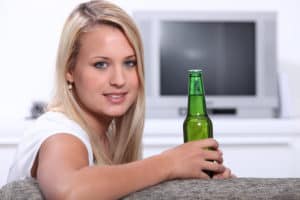 Prom season is here and soon graduation parties will be a cause for celebration, but sometimes at a high cost to teenage lives. Underage drinking is a problem that has serious consequences for the entire family, perhaps most especially for the adults.  A Texas underage DWI assigns responsibility for underage drinking not only to the teens who consume alcohol but also to adults who provide it to teens. As such, MADD is launching a Power of Parents campaign to bring parents and teens together to talk about the dangers of drunk driving.

MADD warns that even after a Texas underage DWI, when the teen or minor has their license reinstated, they may still have to drive under the watchful eye of the courts. In these cases, the court may order the minor to install an ignition interlock device on his or her car or on the car that the minor drives the most frequently. This will have to be done at the minor’s own expense. In many cases, that means the parent is financially responsible, and as the owners of a household vehicle, the parent will have to use the device as if they were convicted of a Texas underage DWI, too.

Power of Parents is one of three programs in MADD’s underage drinking prevention initiative. They are designed to empower teens to take a stand and influence their peers against underage drinking or riding in a car with someone who has been drinking. Power of Parents utilizes environmental strategies to reshape community attitudes to discourage adults from providing alcohol to underage youth and encouraging support for efforts to enforce the minimum drinking age. Combined, the three programs work together for total community mobilization to prevent and reduce underage drinking.