What Alcohol Eye Drops and Underage DUI Have in Common

You are here: Home / News / What Alcohol Eye Drops and Underage DUI Have in Common
February 16, 2017 by Editorial Staff 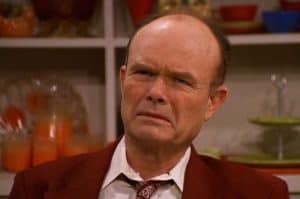 If ever there was a perfect example of why minors shouldn’t be allowed near alcohol… it may not be underage DUI, but probably the latest alcohol eyedrop Internet trend. Alternative methods of getting drunk aren’t new, just a quick Internet search will bring up the different avenues for ingesting and absorbing alcohol that our kids have been caught doing. But the obvious reasons to not put alcohol in your eye have little to do with the blood alcohol concentration (BAC) and more with our natural reflexes to avoid eye-searing pain.

PSA: if something hurts, like alcohol, don’t put it in your eye.

Minors don’t have the same sage wisdom as those over the age of 21, which is why they’re the most likely to shoot alcohol into their own eyes. Underage drinking laws reflect the same type of protection for minors, saving them from making a painful mistake that can also take the lives of others. Underage DUI laws take that protection a step further, with many of the same jail, ignition interlock requirement, community service hours and fines as a DUI offender over the age of 21. In some states, however, an underage DUI could mean the offender’s license is suspended until they are 21, especially with additional aggravating circumstances.

Parents and caregivers are the best role models when it comes to sober driving and other traffic safety considerations, like seat belts and texting while driving.